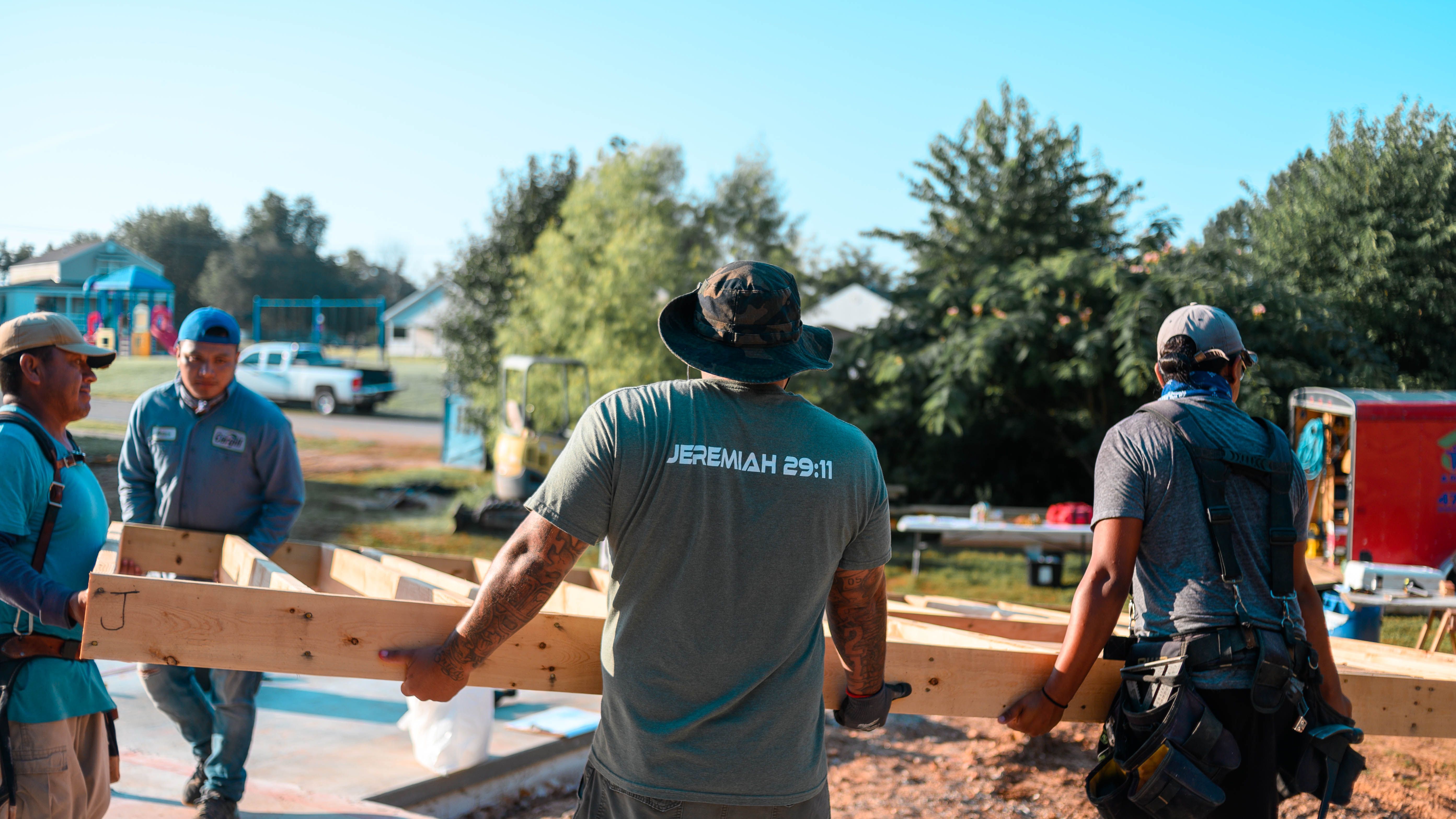 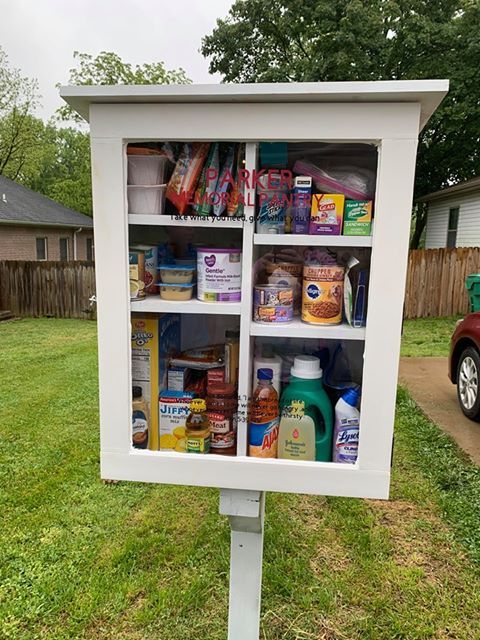 Grief is a challenging experience. It can consume one’s thoughts and limit their ability to move forward, and other times, it can propel one towards creating deeply impactful, lasting change in the lives of others. Wendy Parker, a Habitat Homeowner, chose the latter.

In early 2020, three years after completing construction on her Habitat Home, Parker lost both her mom and brother to cancer. While Parker served as caregiver for her mom, her brother was receiving hospice care at a nursing home facility across town in Bentonville, Ark. When COVID-19 spread to the state, it prevented Parker and her family from being by his side during his last days.

“At the time it was really hard for me to get involved in helping a lot of people in the community, because my mom and my brother were both battling the end of life with their cancer,” Parker said. “I worked for the school district, so I happened to be home, because they closed the schools. I was limited on my interactions with others, because of my time with my mom. She had struggled with lung cancer so she wasn’t able to be around people who might have been exposed. I had to be really careful in making sure that I didn’t spend a lot of time outside the home, but I wanted to find a way to help the community.”

The experience, though traumatic, left Parker with a decision about how to move forward. She said her training on how to process grief in a healthy way, coupled with her desire to honor the legacy of her mom and brother allowed to her to continue despite the challenges. She said their common care for others and desire to give back to the community inspired her decision to build a food pantry.

“It doesn’t take away the pain of them not being here, but both of them, even in the midst of their suffering, they were just good people,” Parker said. “They had such giving hearts and I’m just grateful that I was able to see that and watch that and now use that for myself and being able to help others and kind of carry on that legacy.”

Although the pantry was new to the street, the idea of a community resource was not. Parker said the wooden box was originally a community library, designed and built by a school-aged girl during Parker’s Habitat build three years ago. The library’s dimensions, though a great size for its original purpose, soon proved too small for the now-expanding food pantry, explained Parker.

“The day we had [my mom’s] visitation, I had purchased a cabinet at Lowe’s, because the little pantry I had was so small, it was hard for me to keep it stocked,” Parker said. “I was getting so many donations, that I wanted to make sure that there was a place for people to get additional items. I bought this cabinet and I just kind of set it out next to the pantry in my yard. In the three hours I was gone at my mom’s visitation, my son’s school, and some others in the community that learned of my mom’s death, actually came out on that day and they filled that cabinet so full that the legs broke on the bottom and it started to teeter and almost fell over.”

With the help of friends and the support of local officials, Parker said they were able to build a larger box, with plenty of space for the growing inventory it began to house. In addition to canned goods and mixes, Parker described laundry detergent, baby food, toilet paper and cleaning products, as just a few of the recently in-demand items.

“It was named the Parker Memorial Pantry, just shortly after my mom passed away,” Parker said. “A good friend of mine from high school rebuilt a bigger pantry, so now there’s a place for food on one side and a place for those personal hygiene and different items on the right side. We have a prayer box set up on the side for those individuals that may have a prayer need.”

Although the pantry’s success quickly grew, Parker did not stop there. She said she noticed Facebook pages being created as a way of connecting those in need with people who could help in NWA, especially during the COVID-19 pandemic. Although the pages were great resources, Parker explained she wanted a local option for those living in Northwest Arkansas to request and offer help. Based on this need, Parker created the Centerton Cares Facebook page solely for Centerton, Ark. residents to care for each other and show compassion.

“If there is a need for a family who is not able to leave the home due to a compromised immune system, I wanted to make sure that was an option,” Parker said. “I started the page not anticipating it to become what it has become. It’s really cool because when I have a need, especially for the pantry, I can go on there and say, ‘hey we’re out of this,’ and within hours I’m filled back up. It’s just been wonderful. Just recently, there was a family that needed diapers, and a young man wanted to donate money. Then he tagged his friend, who donated and matched his [donation], and by the time it got to the end, there was over $130 in donations and it started out with $20. God is really working in the pantry and supporting so many families.”

Parker is now completing her master’s degree in clinical mental health counseling and said she plans to start a nonprofit counseling service for families in-need, after she receives her counseling license. She explained her Habitat Home gave her the stability and start she needed to move forward in her education and raise her children.

“Even when [Debby Wieneke] and I first met, from that point on, to the churches that helped support our family in getting on our feet again,” said Parker. “Now just a little bit over a year and I’ll be graduating with my master’s degree and I didn’t even have a bachelor’s degree when I got my house. Actually [I] will be starting doing my practicum and internship at Soul’s Harbor in Rogers. I’m looking forward to kind of pouring myself into that ministry as well and helping those men find hope again. The credit goes to God alone, because without Him, this wouldn’t be possible, but I have to say thanks to Habitat.”

Parker, who has been a single mom, is recently engaged to a law enforcement officer, who she says is also supportive of the pantry project. She explained his work in the community makes him overtly aware of the needs and struggles many are facing. The ability to feed and assist some of those people through the pantry, is fulfilling for their family, Parker said.

“The pantry is just a small piece of all the changes that are happening in our country,” Parker said. “If we could just continue to do things like that and starting things like that even if you’re not sure how it’s going to turn out. I never anticipated this pantry would have lasted this long and that people would be supporting so much. Now it’s become a very talked about thing, so I’m super happy about it. Very humbled and blessed that God has chosen me to be the one kind of spearheading it. It takes everyone to be a part of it.” 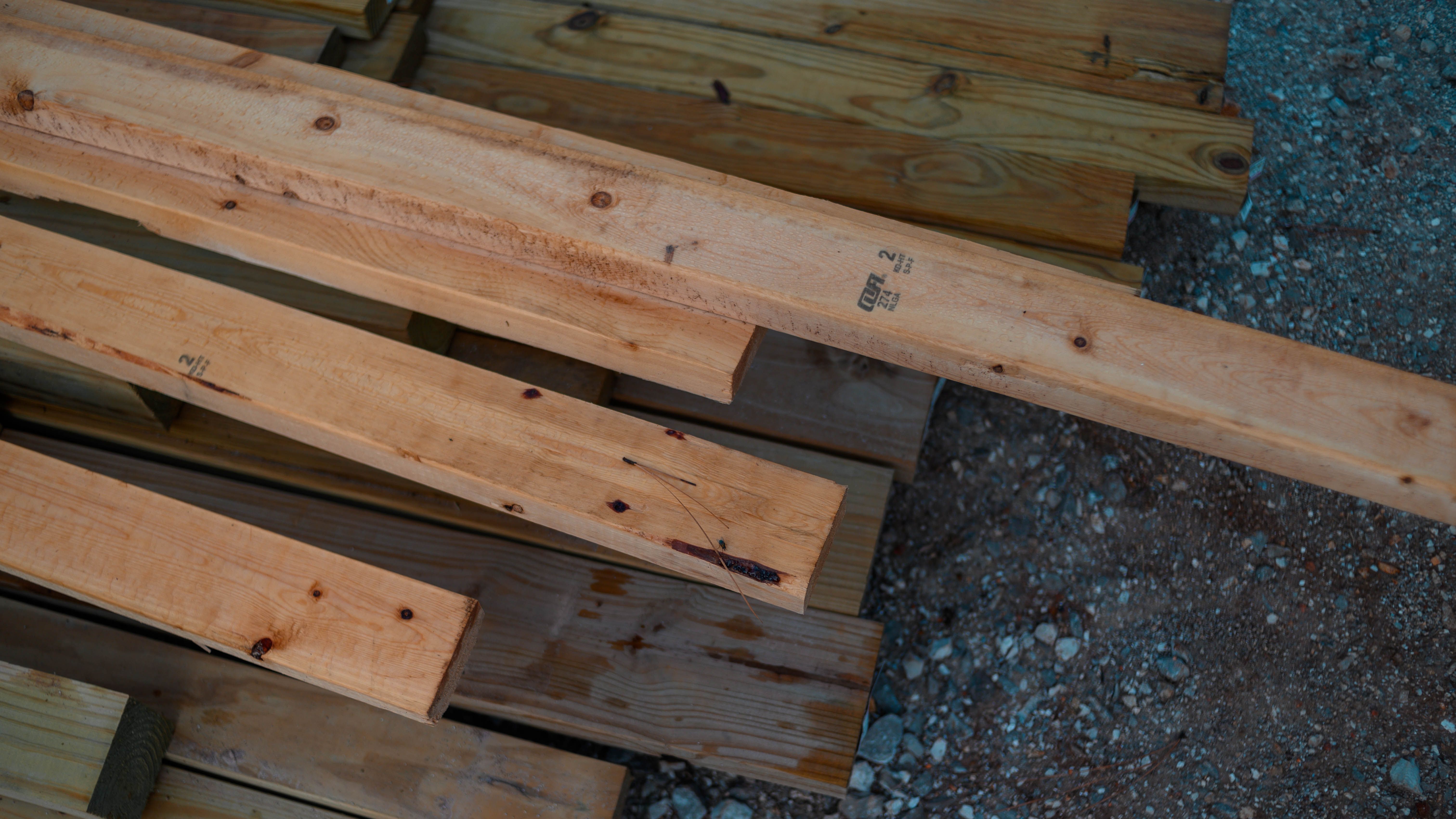